The Consequences of Struggle 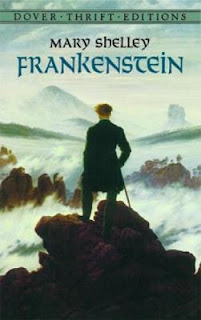 1816 is sometimes described as ‘The Year without a Summer’.

A massive volcanic eruption in Asia sent so much toxic smoke into the sky, over such a prolonged period, that world wide temperatures fell by a couple of degrees.

That year, even as far away from the volcano as Britain and the USA, people woke up to dull, dreary and cold summer days.

Mary Shelley, along with other writing companions, happened to be spending August at a house by Lake Geneva.  The party was so frustrated by the weather that they launched a competition between themselves to come up with a novel.  From this ‘housebound’ experience Shelley penned her book The Modern Prometheus, better known to us today as Frankenstein.

I wonder what will emerge from our lives as a result of these ‘Lock Down’ days?  For Shelley it was a horror story; for us, pray God, could it be something more hope-filled?


Last week, whilst listening to Rishi Sunak, I was struck by the way The Chancellor of The Exchequer finished his press conference.  He talked of ‘this moment defining us’ and went on to express a hope that throughout the crisis we might become a nation characterised by ‘small acts of kindnesses'.

Instead of the Year without a Summer, we are going through a Worldwide Pandemic.  Already, I sense, we have a re-ordered sense of priorities and maybe the start of a long term re-evaluation of what really matters in life.

Our prayer is that, over time, the consequences of this crisis will not be solely tragic and horrific, but ultimately positive and constructive.