Yesterday, in Northampton, I attended the funeral service of one of my Sunday School teachers from years ago.  It was, for all sorts of reasons, a lovely occasion set within the context of loss.

Many uplifting aspects of her character were referred to in the service, yet it was the photos, being projected before the service, which struck a chord with me.  In everyone, even in her latter days in a wheelchair, she was smiling; and that’s exactly as I remember her, along with her inspirational teaching and wonderful example in Sunday School.  Indeed, a friend alongside me said, as we watched the photos, ‘you can almost hear her chuckle, can’t you?’, and I could!

I don’t want to over romanticise it, but a person’s smile seems to be something of a window into their soul.  It says so much, without words, about the essence of who we are.

Earlier this week I, along with other friends from church, sat alongside one of our members who is deep in Alzheimers.  It was deeply moving to be with her, and with those who visit her far more regularly than I.  Her mannerisms were much as I remember them from former days, yet the content of her conversation is now entirely without coherence.  However, her smile remains, and it can light up the room.  At those moments something of her very essence shines through and makes us glad.

As we read of those post-Easter appearances of Jesus greeting his disciples we can only imagine the scene.  I like to think of him greeting those vulnerable friends with a smile, welcoming them back into the fold and reassuring them for coming days. 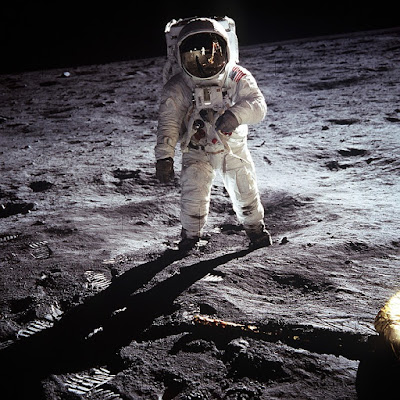 Exactly a month from now, on 20th July 2019, we shall be commemorating the fiftieth anniversary of the first moon landing.

Apollo 11 left the Kennedy Space Centre on July 16th, 1969 and on July 20th the lunar module, Eagle, landed in the beautifully named part of the moon designated as The Sea of Tranquillity. Neil Armstrong was the first man out and as he set foot on the lunar surface broadcast those immortal words: One small step for (a) man, one giant leap for mankind. Minutes later Buzz Aldrin joined him and that day they spent two and a quarter hours roaming the surface, collecting forty-eight pounds of rock to bring back for analysis.  One of those small fragments is now encased in the Lunar Window at Washington Cathedral.  These brave and adventurous astronauts, along with the not to be forgotten Michael Collins, who flew the command module and gave them a lift home, splashed down in the Pacific on July 24th.

I remember watching all this as an eight-year-old and being transfixed by those fuzzy images as we all gathered around the family TV.

I know it is probably a much-overused metaphor, but we often talk of our pilgrimage through life as a ‘journey’.

The journey to the moon is about 239,000 miles and a bright spark has worked out it would take most car drivers six months to complete the journey!

Yet, maybe the most important journey we make in life is the ‘interior’ one.  We are constantly moving on from one phase of our lives to another for nothing stands still very long.  Sometimes we fear the change that comes our way whilst at other times we embrace it. What is true for all of us is that ‘the next step’ in life is usually a step into the unknown.

Way back, in 1696, Tate and Brady set the words of Psalm 34 to music and came up with a hymn that urges us to trust in God as our companion and guide.  Their words still resonate with me as I consider that interior journey which is as life changing as any lunar landing:

Through all the changing scenes of life,
In trouble and in joy,
The praises of my God shall still
My heart and tongue employ. 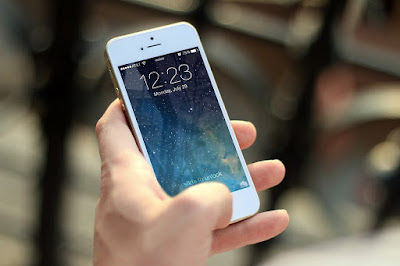 The other day a personal crisis of epic proportions came my way!

Whilst driving, en route to a dog walk, it suddenly dawned on me that my mobile phone was missing from my right hand side trouser pocket.  A wave of panic and anxiety filled me, all be it momentarily!

I had left it on the breakfast table.  Later that day I would be attending an organ recital at Southwark Cathedral.  We had got talking over the toast about the history of the place and, as is our custom these days, pulled out the phone to ‘google’ (is that really a verb as well as a noun?!) some information about its antiquity.

Well, despite my irrational fears (because I have existed on this planet perfectly well for half a century before buying my first mobile) I survived the dog walk without a phone and arrived home in one piece.

Just to prove the point, Google tells me the first cell phones came about in the USA in 1973, six years later in 1979 they were used in a car phone network in Japan.  The first portable cell phone, resembling a brick, came on the scene in 1983 and whilst these became popular in America and on the Continent it wasn’t until 1992 that they were introduced to the UK.

It’s hard to believe now that the general public were at first mystified as to why they needed a mobile phone.  Sales were sluggish! 1992 saw the first text message on 3rd December, it simply said ‘Merry Christmas’.

We got used to mobiles throughout the 90’s and in 2007 the iphone was launched, and the rest they say is history!

I suspect it’s all about that insatiable and intriguing human need for connectivity and although some of us need it more than others it does seem to be a universal desire.

Family and friends who are younger than me have a virtual world of connections that runs into hundreds of people; Facebook and WhatsApp to name just two platforms a dinosaur like me is aware of.

A minister friend of mine is working on a doctoral thesis examining the impact of this idea of ‘virtual community’ upon the Church.

In terms of faith ‘connectivity’ is a big issue.  This weekend congregations around the world will be celebrating Trinity Sunday, a time when we ponder the community of The Godhead and the connectivity between Father, Son and Spirit.

I sense, in my own pilgrimage, that much of my search for meaning and purpose rests on the idea that I am, in some way, ‘connected’ to both God and other people.  That gives me a sense of identity and hope.  It is the essence of prayer.

Whether walking in the countryside or bowing my head in church I think of prayer as the process of making ‘connections’ and sensing my place in the network of life.

Fortunately I can still pray whether or not I’ve remembered to pick up the phone from the kitchen table and that sense of the blessing of God and others in my life is not, ultimately, dependent on the availability of a 5G network. 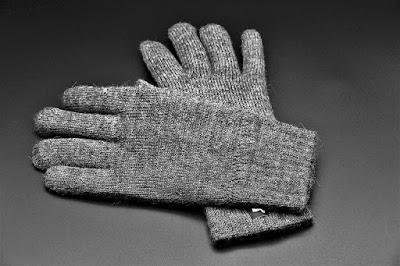 Some of the lessons you learn in Sunday School stay with you a life-time; as has one about gloves and the Holy Spirit for me.


I remember my Sunday School teacher holding up a glove.  It was a nice glove – not that as a nine year old I took much notice of their finer points!  She asked how this glove might be transformed and come alive?  We must have been a particularly dense lot because I remember none of us proffered an answer!  Of course, she simply put her hand in the glove and it was instantly transformed into something that moved.  That, she says, is a picture of the Holy Spirit filling the life of the Church enabling us to become the living Body of Christ.

Well, it’s stayed with me all these years; the simplest of illustrations with the profoundest of meanings.

Without the Spirit of God we are merely a very worthwhile institution, yet with His Spirit we become a vibrant expression of God’s love and life for the here and now.

Happy Pentecost on Sunday – and, remembering that Sunday School lesson of years ago, I’ll be taking my gloves to church for the All Age Talk!!
at June 06, 2019 No comments:

We 'Circled the City'!

Last Sunday, under Mary’s expert supervision, members of Junior Church set up the AFC Bug Hotel in the church shrubbery.   It’s a splendid... 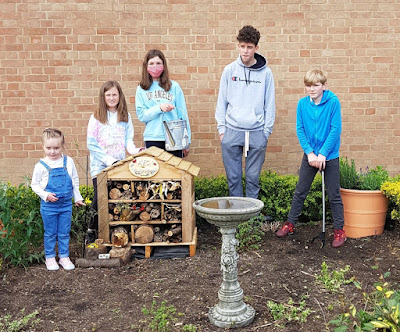