At church today I sat alongside a couple during the Coffee Morning who had come for the first time to the U3A choir.  It was a mother and daughter and the older lady told me she hadn’t sung for over twenty years so this morning she was rediscovering her vocal chords.

I’ve loved singing for as long as I can remember.  Maybe it’s in the family as both my grandfathers were boy choristers, one at Christ Church, Chorleywood, the other at St Mary’s, Rickmansworth.

Whilst growing up a friend and I regularly sang at our town’s ‘Religious Festival’ and for a few years we wiped the board in the duet section!!!

A few years ago some of us from AFC went along to the Big Chorus Messiah at The Royal Albert Hall, an evening when the choir consists of 3,000 and the audience of 2,000!  Singing alongside about 500 bases (who had all sang Messiah a hundred times before) was a wonderful experience!

Last week some of us from church led a service of worship in a local residential home.  Once again, a mother and daughter were present.  At the end of the service, which included four hymns, the daughter told me that her mother, a resident who has basically lost the use of speech when it comes to conversing, sang every line of every hymn from memory.  She told me that with tears in her eyes – for her it was a very precious moment to realise just how much these much-loved hymns meant to her mum.

Music goes deep – and even deeper still when combined with words of faith.  And perhaps for those of us in the non-conformist tradition with our lack of creeds, it’s our hymns which contain the truths which have, over hundreds of years, fashioned our faith.

So this Sunday, as every week,  I’m looking forward to singing the faith with my fellow worshippers – in fact I simply couldn’t imagine morning worship without music and songs of praise!

A big 'thank you' to the Vogel Family

Eight of us from AFC spent part of this last week visiting Hauke, our former Time for God volunteer, and his parents on their farm near Hanover, Lower Saxony, Germany.

The Vogel family showed us such kind-hearted and welcoming hospitality.  All the family has such a splendid grasp of English - which meant our conversation flowed with ease.

We enjoyed visits to cathedrals, farms, wind turbines and famous cities such as Hanover and Hameln, where a modern day Pied Piper took us on a walk and explored with us the various possibilities behind the folk tale which has made his city famous.

We cycled by the River Weser, saw Hauke's old school, shared an evening bbq and some of us even drove tractors!

On our final day we visited the Vogel's family church.  The Custos (verger) of 70 years showed us round.  As we left he said to Hauke's father how wonderful it was to see the bond between British and German Christians.

That was one of so many precious moments during our time in Germany this week.  In a sense it brought Hauke's year with us to a fitting conclusion.  He was able to offer us his family's hospitality and I know that meant so much to him and was a great blessing to us.  The truth is it felt like a 'family' visit - and for such kindness we give thanks.

As one of our party put it as we drove along the M25 after arriving back at Stanstead - 'Well, that was magic!'.  A sentiment I thoroughly agree with - and one that appropriately describes a week in which I both drove a tractor and followed a Pied Piper!!

We praise God for the Vogel family and say 'thank you' to them once more for letting us 'borrow' Hauke for a year!

Here are some pictures of our adventures this week!

It’s not just the wonderfully preposterous names in Dickens that make me laugh out loud, but they do help.  So, even when his stories are set in abject poverty or describe total degradation we want to continue reading because these intensely human characters have names like Mr Pumblechook, Herbert Pocket or Mr Jaggers – all from Great Expectations which is my current bedtime read!

Humour is one of the ways we cope with all that life throws up.

Last week I listened to some of the interviews Rachel Bland, the Radio 5 Live newsreader, gave in the year leading up to her death from breast cancer.  She cried only once in those interviews but laughed countless times.  It was humbling and inspirational to hear this young woman talk of her journey through this terminal illness and it was clear that, for her, one of the things that remained precious right up to the end was her sense of humour.

Whilst on holiday in East Africa last month our jeep broke down on the edge of the Serengeti wilderness.  I discovered I had two internal responses.  On the one hand I was busy in my mind writing a letter to the tour company pointing out the consequences of driving us around lion infested landscapes in an old jeep!  On the other, I was smiling and laughing with my fellow passengers as our wheel problem was fixed by a branch being cut down from the scrub by a machete, sawn in two and placed either side of the dislodged wheel to keep us on the road for a further two hours and back in time for lunch!

Sometimes, when there’s nothing more you can do, the only thing is to laugh.

Humour can so often bring things down to size, put them in perspective and stop us from thinking Armageddon is just around the corner – and perhaps, most importantly, it stops us taking ourselves too seriously.

Jesus, especially in his use of parables, often used the sort of cultural humour which may be lost on us today.  I suspect the fact that his message contained a ‘chuckle factor’ meant it was readily received and remembered because an amusing story is a great way to illustrate a deeper truth.  As Mr Dickens knew only too well!

We are just back from a fortnight in East Africa.  For the last two weeks of August we visited Tanzania; a country whose name is an amalgamation of Tanganyika and Zanzibar.

Such has been the assault on my senses over these last fourteen days that I’m still trying to process the jumble of images and experiences that we brought home with us as we flew back at the weekend.

Our second week in Tanzania was spent ‘on safari’. Our group occupied two four by four jeeps as we travelled between, and through, four National Parks.  On one level it’s relatively ‘easy’ to process these wonderful memories: the early morning game drives, breaking down on the edge of The Serengeti, waiting for a herd of elephants to cross the road and looking down from the window catching sight of a beautiful jackal looking after two cubs.  These memories are deeply appreciated, can easily be processed and in some senses were expected.

However, that isn’t the case with our first week.  For the initial six days we were by ourselves, booked into a lovely game lodge at the foot of Mount Meru, we were left to our own devices.  We visited a school, were taken round a Fairtrade Coffee Plantation, toured the local township called Usa (not to be confused with the country of the same name!) and visited the local town of Arusha.

What follows can only be described as my first impressions.  None of it really made total sense and I’m sure anyone would need to spend more time than our allotted two weeks to put the real jigsaw together.

In the village, and to a certain degree this was also true in the town, people live in single storey, breeze block units with a corrugated roof.  The front door was usually no more than a hanging piece of cloth.  These homes lead directly on to dirt roads and were surrounded by mud coloured vegetation.

Wherever we went in Tanzania we were aware of a certain level of bureaucracy which surprised us.  Pristine uniformed police officers could be seen daily at the same point on the road that goes from Kilimanjaro to Arusha.  Apparently, even if you are not over the speed limit it’s just ‘normal’ to be stopped, fill in the paperwork and be faced with a fine.

Buying a drink also had its own well-worn procedure.  For our usual dinner order of a bottle of water and a glass of white wine I regularly had to sign twice and came away with no less than five pieces of paper as a receipt.  (I’m so looking forward to going into M&S and declining my receipt this weekend!)

Yet maybe, despite the poverty and bureaucracy, the deepest impression I came away with is the generous welcome and unfailing hospitality we received from the Tanzanians.

Alongside this we encountered an irrepressible sense of community.  People were obviously looking after each other and this always seemed a noisy affair, especially at the roadside markets!

Some people in Tanzania spoke to us of the hope they have for the country’s future.  Much of the land has rich, volcanic soil so could, in theory, become one of the bread baskets of Africa.  This, alongside mining for gold and tanzanite as well as tourism means there is potentially financial viability.  Even more so because Tanzania is at peace with itself and its neighbours and currently has a president who is fighting against internal corruption and seems on course to gain a second term.

And yet…perhaps the memory that will linger the longest with me is that tour of Usa village we made on our first afternoon: the dirt roads, the breeze block shacks, the crumbling shops alongside the smiling faces and crazy driving of the hundreds of scooters, each sounding their horns.

Somehow all the Christian Aid videos and BMS presentations I’ve watched over these last five decades haven’t prepared me for what it actually feels like to be in the so called ‘Third World’.

‘Feeling it’ is so very different from ‘reading about it’.

So, as I finish this piece, my train is pulling into Marylebone and I’m eating one of the biscuits I bought at Kilimanjaro airport on Friday night.  My mind is buzzing with so many yet unprocessed memories.  I can but simplify it down, lift up my eyes to heaven and pray just three heartfelt words: ‘God Bless Africa’.
at September 06, 2018 No comments:

Living in the story

A friend of mine recommended a new author for me to read during Lockdown: C.J.Sansom.  He writes Tudor Whodunits!  So, over the last few w... 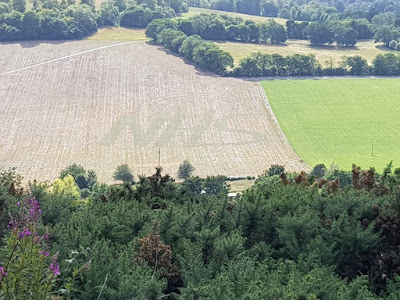