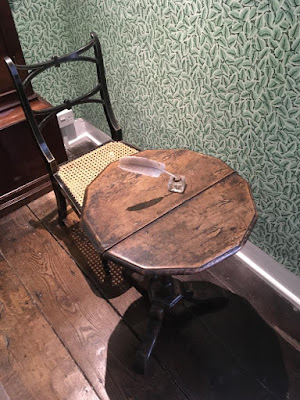 En route to a family gathering with my brothers in Southampton last Saturday, we stopped off at Chawton, near Winchester, and visited the museum which was once the home of one of England’s most loved novelists, Jane Austen.

The place has an atmosphere for it was here, in a settled and stable phase of her life that Jane Austen wrote the majority of her works; for a time averaging one book a year!

Her writing table caught my eye.  It was pushed up against the dining room window so she could catch the light and it was so small!  Not for her a massive desk strewn with rough copy manuscripts.  Instead this shy and tidy author was able to work in a confined place and from such simplicity grew enchanted plots and narratives about family life, love, village life and, of course, money!

I suppose the truth is that Jane Austen’s drive and creativity came from within, so all she needed was pen and ink, paper and this small table.  The results were literary masterpieces that have thrilled readers for generations.

The human spirit, which I believe reflects God’s, is wonderfully resilient and at times flourishes in humble, limited and simple circumstances.  So much of our best comes from within and is not dependant on wealth, luxury or the last ‘must have’ gadgets.

And that means the greatest novels can be written at the smallest tables.
at November 29, 2019 No comments: 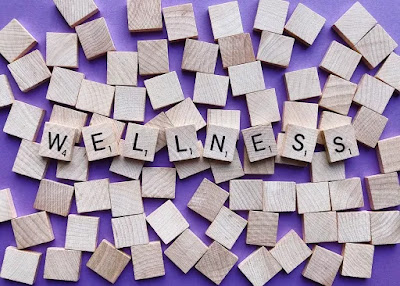 I was struck yesterday to learn that in one of the party manifestoes there is the proposal to include a Minister of State for Well-being in the Cabinet.

‘Well- being’ is becoming one of the hot topics of the moment.  I now regularly hear people on the radio talk of the need to measure a country’s prosperity not simply in terms of its GDP but of its overall happiness.

I suspect we all know there is much truth in the idea that wealth by itself doesn’t bring satisfaction.  For example, there is something of a loneliness epidemic amongst many elderly people.  They have enough money but insufficient friends which does not make for ‘well-being’.

On Tuesday evening we held an end of year party for our Life and Faith Groups at AFC.  These small groups bring people together to study the bible, reflect on the Sunday sermon using art, talk about a book together, knit for baby charities or simply spend time in prayer and meditation.  Each group is about ‘well-being’, giving people safe space to build friendship, explore faith and share service.  By coming TOGETHER our lives as individuals are affirmed and deepened.

The mission and message of Jesus was all encompassing of life.  For him (as for his Jewish ancestors) life was seen as a whole with the physical and spiritual interacting.  Jesus called it ‘abundant’ life and what he talked of is for the ‘well-being’ of us all.
at November 21, 2019 No comments: 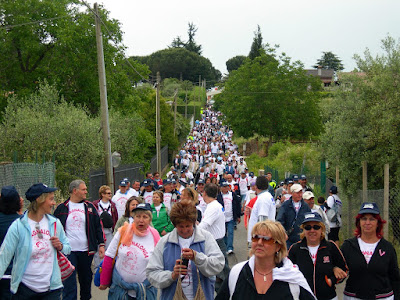 I've spent the middle of this last rainy, windswept week in Staffordshire at the 10th Convocation of The Order for Baptist Ministry.  I was amongst fellow pilgrims and seekers after truth; I was amongst friends at what has become, for me, something of an annual wellspring.

At one of our sessions a young Scottish Baptist Minister shared something of his journey with us.  In terms of delivery and humour he has more than a touch of Billy Connolly abut him - which made him a delight to listen to.  He told us of his journey in and out of faith, his left of centre political activism both at home and in South America, and his times of ministry both as a seminary teacher overseas and in a local pastorate at home.

He finished by asking us to join him in a mental exercise.  We pictured ourselves on a walk and he suggested that, in our mind's eye, as we journeyed, people from our past would join us along the way.

I closed my eyes and set off along a path I often use in London's Green Park.  I imagined formative figures from my childhood sharing the walk with me, a minute later good friends from my young adult years joined, my early family were also present, then lecturers and fellow students from college years came along followed by people from the five churches in which I've served.  And throughout the second half of this stroll through Green Park those I've been closest to - my immediate family - shared the steps with me.

By the time we got to the kiosk and station at the top of Green Park I looked around and saw, (this is just in my mind's eye!), a procession of faces that made me feel immense, almost overwhelming, gratitude.  The possession was so much longer than I had anticipated and from the front I could hardly see my beloved Sunday School teachers at the back.

Our speaker called us back out of silence.  My eyes were misty with tears.  We are not alone.  We are travelling through life with others.  The gift of friendship is a blessing and a touch of God upon our lives.

There were so many good things at this week's convocation, but none more precious than those ten minutes spent on an imaginary walk through Green Park with friends who have blessed my life simply by their companionship and presence on the journey.
at November 17, 2019 No comments: 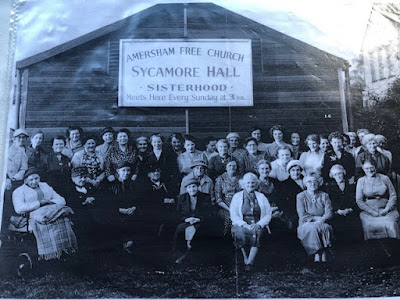 On Sunday  I was shown a fascinating photograph that has come to light of the Amersham Free Church Sisterhood (which was dissolved in 1978).  These ladies are outside the Sycamore Hall - which I'm intrigued is numbered 14 Woodside Road.

I guess this is a postwar photo, maybe even one taken in the 50's?

It felt so good being shown this on All Saints Sunday because just moments before, in our worship, we had lit a candle in memory of those we love but have now died.

As the Sunday afternoon Sisterhood declined, so the Women's Own, held on a weekday at AFC, increased and, indeed, still meets today.

Three rows back in the photo, towards the right is the unmistakable face of young Molly!  Molly died only recently and became one of AFC's most colourful and loved characters.  She grew into an accomplished musician and we miss her still.  It's wonderful to sense that she was encouraged and nurtured within the Sisterhood in her younger days.

At this season of remembrance I'm touched as I look into the faces of the photo.  I see a loving and caring group of committed ladies; you can almost feel their warmhearted welcome - despite some rather formidable 'Victorians' amongst them!

Today's Church is built upon yesterday's saints and we are ever grateful for them.